There are over 60 million freelancers, solopreneurs and side hustlers in the US today.
‍If you’re one of them, you’ve likely lost income because of COVID19 or are anxious about how your finances may change in the weeks and months ahead.

Having been freelancers, we get it. At Lance, we focus on the business management and financial needs of freelancers. There are now resources available at the federal and state levels to help you smooth out this time. Unfortunately, they’re often nearly impossible to find or understand. So, we decided to help in an immediate and tangible way.
‍
Below is a breakdown of all the support and financial aid available to you today and notes about what’s likely to come. For every state, we’ve included relevant contact info for your government agencies, so you can get the help you need and help advocate for yourself and other local freelancers.
‍
Finally, we’ve also outlined support provided by Lance to help keep you moving forward and additional resources with other financial options, marketing best practices, jobs development, and community support.
‍
Let’s dive in. 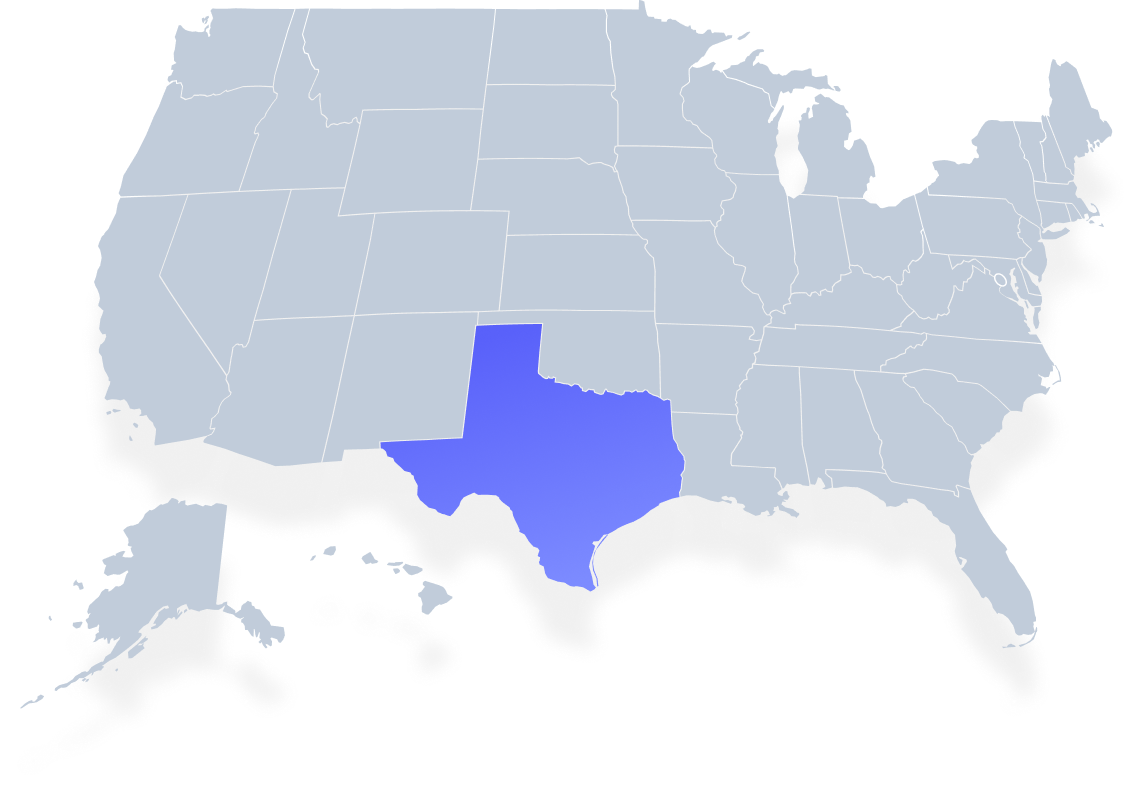 What To Do Next

When things go haywire around us it’s can be reassuring to take stock of what we can control and do. Below are some steps you can take ASAP to gain more stable footing and start navigating the impacts of COVID19. It’s important to note that while there are already wait lists for some of this support, make sure to fill out the forms and make the calls now so you’re at the front of the line as resources and more offers become available.

Call your lenders. Talk with any companies or people to whom you owe money. Ask them about your options in lowering your interest rates, deferring payments and forgiving fees. The first call is the hardest. It gets easier after that - and they’re expecting your calls.

Get organized. All these unemployment, loans and grant forms require you know how much you earned and spent last year on your own income, supplies, leasing office space, subcontractors, etc. Either download all your bank statements from the past year through January 31, 2020 to calculate everything or use an app like Lance that syncs with all your bank accounts and will organize it all for you.

Get government help. Find your home state below to determine what you’re eligible for in terms of unemployment insurance and the relevant SBA and PPP grants and loans. Apply for everything you can now, and then you can have the option to figure out what you need in the days and weeks ahead. Remember, the EIDL (Economic Injury Disaster Loan) and PPP (Paycheck Protection Program (PPP) SBA loan rates are much lower than any other loan or credit card rate out there today. If you need help filling out the forms, just let us know - we're here to help with that too!

Take advantage of better offers. Banks and lenders are offering great rates on balance transfer or low-rate cash back cards and loans today. If you can’t or don’t want to take advantage of the government resources, look into transferring or consolidating any debt into these options -  or using them to create some more near term support.

Take the time to learn. Take advantage of heavily-discounted online courses from Coursera, Udemy, Skillshare and others to bolster or increase your potential income streams through the shift created by COVID19.

Clean up your business practices. Attend Lance and other sessions (Facebook groups are hosting tons of great FB Live events!) to bolster knowledge of business best practices and habits. You can develop some good processes and business management habits now that’ll serve you well into the future.

We know this is a crazy time for everyone and we’re all searching for answers - and maybe just another smiling face and point of grounding. To that end, we’re hosting two types of virtual sessions regularly to help provide that very human - and sometimes humorous - type of support. We also have a group that's open for more regular Q&A. Feel free to join whatever you need.

Lance Happy Hours - Tuesdays and Wednesdays at 4pm PT/7pm ET, the CEO of Lance will host or co-host a happy hour to have a little time together and share a drink. We share the day's highs and lows and then Oona (or the co-host) will offer up a business tip or motivational thought to give us a shot of strength and keep us all moving forward. Come join us!

Weekly Lance Virtual  Workshops - On a weekly basis, there’ll be an hour-long roll-up-your-sleeves workshop around different business and financial topics relevant to freelancers and solopreneurs, like shifting your businesses online, how to set your hourly or retainer rates, how to create and run a passive income stream, and more. With each session there’ll something to carry forward momentum in your everyday business growth.

Business Advice for Freelancers - Most of us now work across multiple industries and types of businesses, so this Facebook group is where solopreneurs of all different paths can come together with questions and for support. Enjoy daily conversations about business and financial best practices, accountability exercises, client marketing tips, and more. 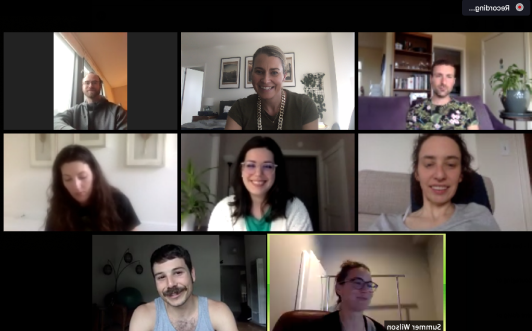 The CARES Act: What’s Included & What Can You Expect?

The Coronavirus Aid, Relief and Economic Security (CARES) Act went into effect on March 27. The $2 trillion bill was designed to provide much-needed economic relief to individuals and businesses that have been negatively affected by COVID19, and to better support the healthcare system. Unfortunately, the roll-out has been anything but smooth. Loan programs were depleted within just days of opening, state unemployment websites are struggling to operate amid unprecedented claims volumes, and critical healthcare resources have already become scarce.

Here’s a breakdown of the three core components of the CARES Act, and the latest on each with the latest round of April’s refunding of the programs.

Small Business Administration (SBA) Grants + Loans - The SBA is a federal agency that provides capital and other resources to small businesses in the U.S. Under the CARES Act, the SBA launched several COVID19 relief options, including the PPP, the Economic Injury Disaster Loans, SBA Express Bridge Loans, and SBA Debt Relief. However, like the PPP, the initial $10 billion Congress appropriated for Economic Injury Disaster Loans also ran out in mid-April. The program was meant to deliver a $10,000 advance to businesses in need, and provide loans of up to $2 million.
Under the latest stimulus bill, $60 billion will be used to fulfill EIDL requests. However, the SBA has issued a lapse of appropriations, meaning it is unable to accept new applications. Many banks that receive additional funding will use it to provide loans to applicants already in the pipeline before accepting new ones. If you need a loan but have not yet submitted an application, research participating lenders here to see if they are accepting new applicants or contact fintech companies, such as PayPal, Intuit, Square, and OnDeck.

Furloughed workers will be eligible for unemployment. This means if you’re out of work but haven’t been laid off, you can collect unemployment while keeping your company’s health insurance plan, along with other benefits.

Paid sick leave will cover more. Under the Families First Coronavirus Response Act, you might qualify for paid sick or family leave for two to 12 weeks, even if you aren’t diagnosed with COVID-19 and don’t normally get sick paid time off from your job.

The 7-day waiting period to start receiving benefits will be waived. Most states usually make you wait seven days before beginning to receive unemployment benefits (although many have already suspended this policy). Under the new relief bill, the federal government will provide that funding your first week off.

Standard eligibility rules are on pause. Usually, eligibility for UI hinges on your ability to prove you were involuntarily separated from your work, able to work, available to begin new work, and are actively seeking a new job opportunity. Given the active Shelter-in-Place laws sweeping many states, these requirements will be relaxed. Under the stimulus package, even those who haven’t been laid off but can’t work as a direct result of COVID19 will also be eligible for UI.

Another relief bill is likely to follow. While this current stimulus bill is significant, the Congress said more aid will likely be needed.

As a note, the policy changes and additional funding granted by the federal bill will be distributed  by the states. Given this, you want to keep track of the benefits as they become available in the state you or your business are based. Below this general federal info, we've provided relevant info and contact details by state and will update it regularly.

Small businesses and sole proprietors are eligible to take advantage of a variety of Small Business Administration support. Below are the different types of loans and aid available today. This will likely change in the weeks and months to come, so keep an eye on this page and the SBA site too.

‍SBA Express Bridge Loans - If you already have a business relationship with an SBA Express Lender, you can now access up to $25,000 with less paperwork. These loans can help with the temporary loss of revenue through either a one-time loan or a loan to bridge the gap while applying for a SBA Economic Injury Disaster Loan. These can be repaid in full or in part by proceeds from the EIDL loan. Find an Express Bridge Loan Lender via SBA’s Lender Match Tool or by connecting with your local SBA District Office.

SBA Express Bridge Loans - If you already have a business relationship with an SBA Express Lender, you can now access up to $25,000 with less paperwork. These loans can help with the temporary loss of revenue through either a one-time loan or a loan to bridge the gap while applying for a SBA Economic Injury Disaster Loan. These can be repaid in full or in part by proceeds from the EIDL loan. Find an Express Bridge Loan Lender via SBA’s Lender Match Tool or by connecting with your local SBA District Office.

Lender Match - SBA has a free online referral tool that connects small businesses with participating SBA-approved lenders within 48 hours. The details below are brief, please visit the website if you want more info.

Again, this is info to help you navigate the standard unemployment and - where available, freelancer -  support in your home state. As states start to update their resources and provide further instructions for claiming unemployment, we’ll update the info here as well.
‍
Many states’ unemployment websites, phone lines, and offices are overwhelmed right now with requests. Our advice is to keep trying — they will get to everyone eventually!
‍
All state requirements are listed in alphabetical order, so you can find the answers you need!

If you have questions, have an edit to
something above or would like more help,
just drop us a line.
Thank you! Your submission has been received!
Oops! Something went wrong while submitting the form.